You may have seen

from our Insights Summit at this year’s Destinations International Annual Convention, but for those of you who missed out on the conference entirely, we wanted to recap our key takeaways from a week of sessions.

Here are our top 5 trends from this year’s event that we think you should know. 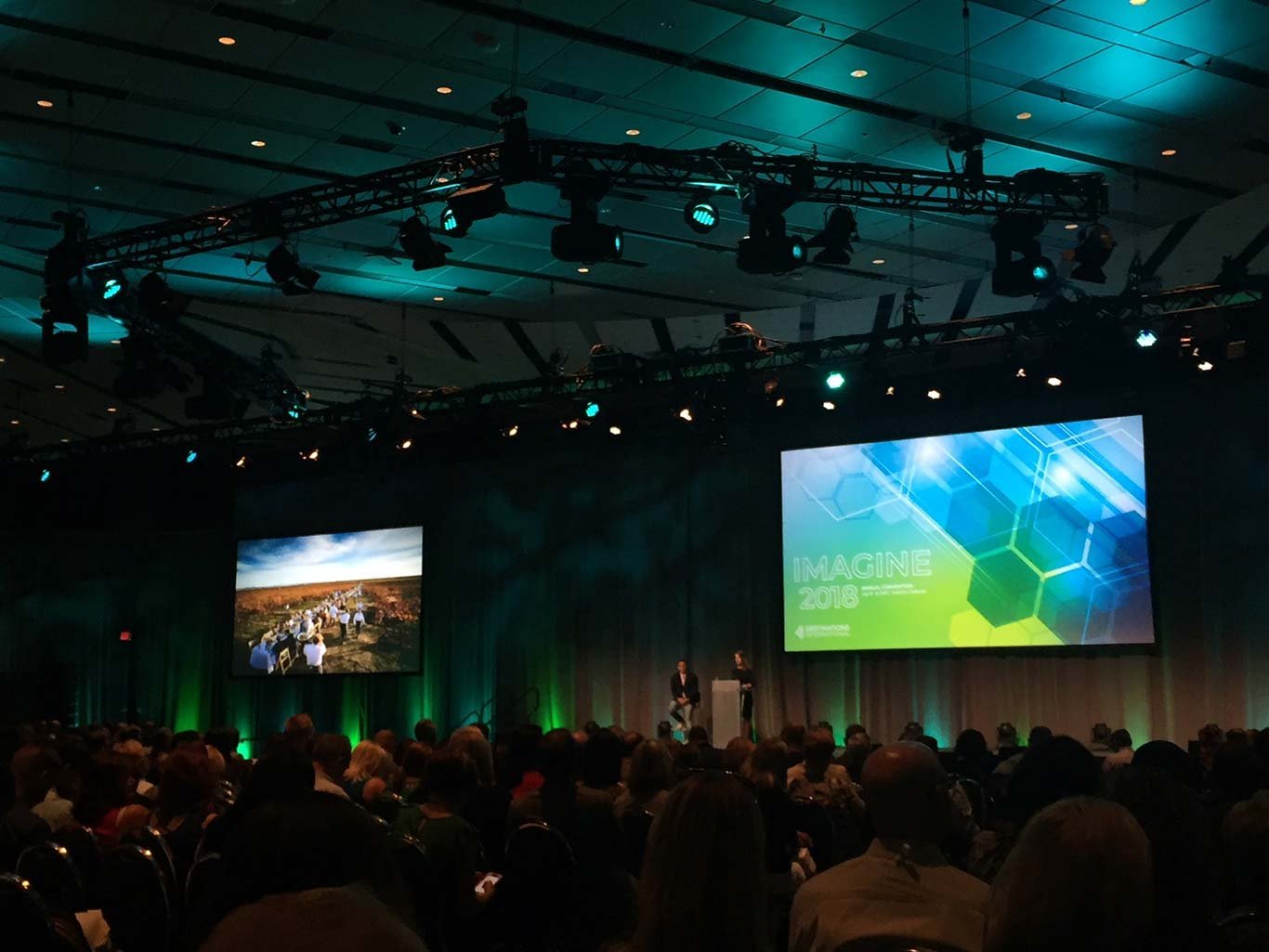 Want to work with Influencers? Begin with your own residents: In 2013, the term “influencer” became a mainstream term, and since then influencers of all kinds have been popping up in the travel industry to help tell stories of destinations and travel brands to their engaged audiences. And, these days, anyone with a camera and a decent social media following can call themselves an influencer. In a panel discussion hosted by Sparkloft, Visit Santa Barbara shared their tactic of using their residents as influencers of Santa Barbara. After being struck with devastating mudslides, Santa Barbara residents became “micro influencers” and showcased through their social media channels that the skies were blue again in Santa Barbara, and that the city was ready to welcome visitors. Visit Santa Barbara urges DMOs to use their residents to help share their destination stories as they are the best resources you have in your destinations and are often eager to share their city pride.

Authenticity is everything: The word authenticity was spoken in likely every session at the annual conference this year, as the term is so important in destination marketing. Almost every destination has good restaurants and good food culture, a lot of destinations have beaches, even more have unique architecture. But, what makes your destination truly stand out? What makes it authentic? Is it the food that can’t be found elsewhere, or the people who make up your city? Figure out what it is and out it out there in a very authentic way. At our Insights Summit last week, Colette Jones of Destination Cleveland had a great story to share about marketing their destination. They chose to focus on Cleveland’s authenticity, highlighting what the city is all about, and talking about the city’s grit and personality instead of shying away from it.

Authenticity also plays a very important role when working with influencers and partners. If you are bringing an influencer to your destination or amplifying content with a partner, make sure that the brands are aligned.

The near future of travel: MMGY‘s 2018 Portrait of the American Traveler study was the focus of their session last week, where they showcased new data on travel in 2018. Steve Cohen, MMGY Global's senior vice president pf research & insights said the travel slowdown continues this year and while it is not a decline in travel, travel is leveling out. This year, there is a decline in the number of vacations Americans are reportedly taking, though the good news is that the number of nights they are on vacation is up. And, they are spending more per vacation. What else is up year-over-year is summer travel and road trips, which are making a very strong comeback in the United States.

Crisis recovery can take on many forms: California experienced the devastation of massive wildfires throughout the state in the last year, from Napa Valley to Santa Barbara. Thousands of people were impacted from local residents, to hoteliers and small business owners, but the entire community came together, alongside Visit California, to lessen the impact on the destination, its residents and its community. Visit California’s President and CEO Caroline Beteta and Celebrity Chef Tyler Florence shared their combined efforts to recover the community. Ahead of Thanksgiving 2017, they hosted the Grateful Table event to aid California Wine Country recovery efforts, bringing a pre-holiday meal to first responders, community members who lost their homes and others impacted by the devastation, all the while raising $150,000 for relief efforts. The event was extended to a digital campaign called “Share the Love.” Beteta urged attendees that crisis is the time when CVBs and others can come together to inspire their communities and help in recovery.

Keep an eye on the Indian market: Did you know that India has the fastest growing economy in the world?  Nitin Sachdeva from Venture Marketing presented market trends on India, noting that India ranks 11th in international visitors and also represents the sixth biggest spender with $13.6 billion registered last year. In addition, he said outbound travel from India in 2017 reached 25 million people with an estimated growth of 15 – 18 percent. This market is increasingly online, and internet is becoming the most popular way to get information about destinations. Brand USA is also keeping an eye on the Indian marketing, understand the growth potential for the travel industry. 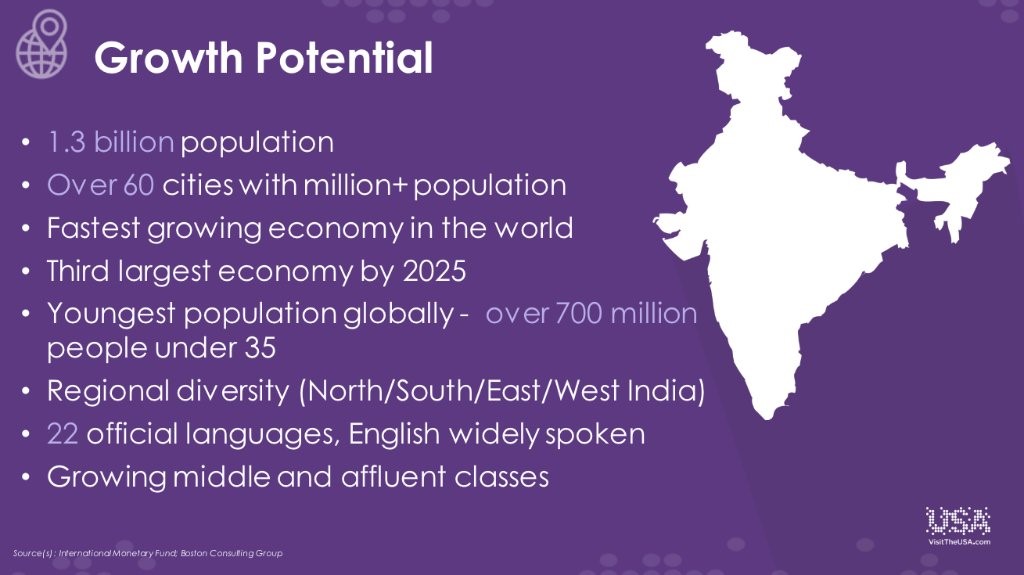 We hope to see you next year at Destination’s International Annual Convention in St. Louis! Make sure to subscribe to our blog, via the form below, to stay up to date.

Highlights from the HSMAI Marketing Strategy Conference in NYC

The Future of Travel: Takeaways from The Phocuswright Conference 2019